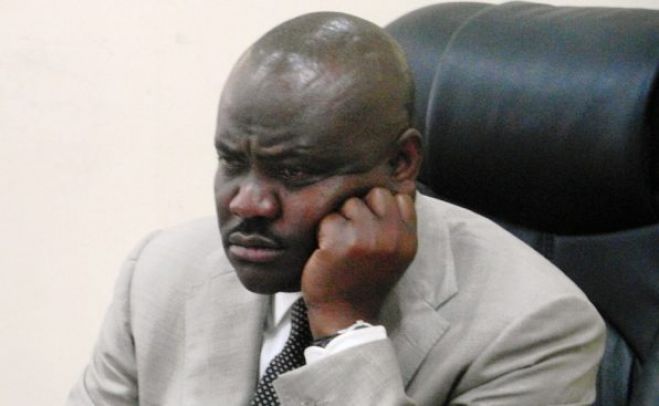 With over four months into the launch of Operation Zero Potholes in Rivers state, the deplorable condition of many roads/streets in Port Harcourt city has remained pathetic. The roads, especially Victoria Street, which is one of the popular and major streets in the city is in dire need of attention.
Report from our correspondent on state roads in Port Harcourt city, paints a disturbing picture and calls for a careful assessment on the operation of the new intervention team, headed by Mr. Timothy Nsirm.
The State Road Maintenance Agency was inaugurated by Governor Nyesom Ezenwo Wike in the third quarter of 2019 to ensure that all roads with potholes are rehabilitated and made motorable, unfortunately, though, after the whole fanfare over the inauguration and the expectations of the people for quality roads within the state capital city, most of the roads are still in a state of dilapidation.
Inaugurating the new Board of the Rivers State Road Maintenance Agency at the Government House of Port Harcourt on Tuesday, 15 October 2019, Governor Wike had urged members of the agency to work as a team to achieve results that will reflect the passion of the present administration of the state to give quality governance to the people, explaining that the Zero potholes programme is aimed at restoring Port Harcourt and making it a pride of the people.
In his words, “Almost all the major roads in Port Harcourt have been awarded for reconstruction. Therefore, identify the roads that have not been awarded, but have potholes.
“When you identify these roads with potholes, funds will be released for their immediate rehabilitation.”
“Make our roads motorable. That is your basic function. This agency is very important to the Rivers State Government. That is why you must work day and night to achieve results,”
It is also on record that the Sole Administrator of the Agency, Prince Timothy Nsirim assured Governor Wike that members of the board will live up to expectations, promising that the Agency will work hard to tackle Potholes in parts of the State Capital.
On her own, Barr. Beatrice Otuko rhetorically asked if there is anything like Road maintenance Agency in the state, pointing out that she is yet to see them around since they were inaugurated or this story will not be necessary.
According to her, “I only heard that Rivers State Road Maintenance Agency was inaugurated by Governor Nyesom Ezenwo Wike from the news sources but have not seen them or a sign of them around. One of the assignments of the agency is to visit places and get firsthand appraisal of true state of things but I have not seen any near this Victoria Street and that is very funny. Victoria Street feeds Aggrey Road at the slightest sign of any pressure there yet the government is not interested on the road. If your project fails to touch major parts of Old Port Harcourt city, what is your administration all about?”
Some residents who spoke to our publication decried the deplorable condition of the roads and how they have been abandoned despite the amount of funds regularly put out for their maintenance.
Chief Ikuro George, a resident of Victoria street described the street as the worst in the whole state, explaining that the place has been so abandoned that it is now well flooded whenever it rains in the city.
According to him, “Your report will be very good if you visit this part of the town once there is rainfall. The road is full of potholes and because there is no working drainage system, flood easily over-runs the area at the least raindrop. Just take a walk from Degema axis to the Banham point of the street and you will see what I mean. Some time I wonder if Victoria street is still in Port Harcourt city”.
Another resident, Mr. Jackson Wanate, a resident of Accra Street begged the governor to extend his focus to the streets of old Port Harcourt city pointing out that to give the capital city its pride of place that made Port Hacrourt assume the name, the Garden city of Nigeria.
“Accra street by CPS is gone, likewise, Victoria street and some major part of Bende Street. We have been expectantly waiting to see his Agency team move to these parts of the city to no avail. It is appropriate that I also use this medium to raise the issue of the blockage of the drainage system. Every gutter in the old Port Harcourt city is blocked. There is the need to clear it. That is the reason for the regular flooding in the old Port Harcourt city and while this is so, the road is bound to be in regular pressure”, Mr. Wanate stated.

Finally revealed: Why Abe is afraid to join PDP

They are psychopaths who do not represent Islam – Buhari

Developing story: How Esther of Ogoniland was thrown out

Amaechi : Men who allegedly betrayed him

1 month ago 0
Spread the love

Developing story: How Esther of Ogoniland was thrown out