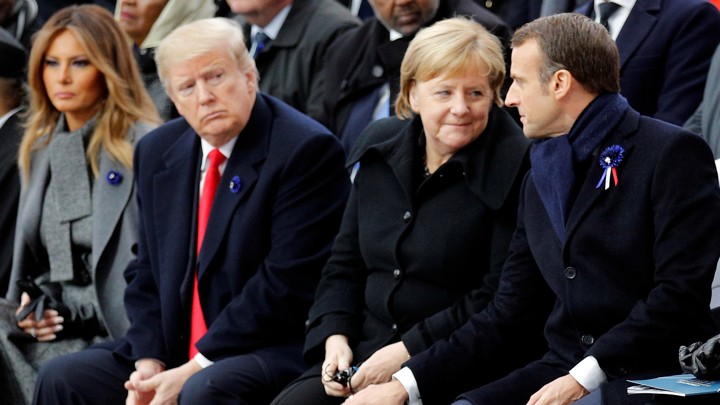 President Donald Trump of the United States is expected to break the deafening silence, which has trailed ongoing reactions across the country and drawn Americans to the street.

White House officials, according to media reports, are hinting that a presidential reaction touching on race relations and national unity may be on the cards this week.

Trump has come under considerable criticism within and outside the United States for his handling of the street protests and the painful death of an American citizen.

The President is quoted as saying in his initial reference to the protests, “when the looting starts, the shooting starts”, a comment many say rather inflamed the situation on the streets.

His comments which have persistently urged Governors and Mayors to crush the street protests, and his decision to put troops on the streets have similarly drawn the ire of retired Generals as well as the American people.

America appears to be at the crossroads, with opinion polls showing race related issues and the need to curtail excesses of the police have more Americans worried than Healthcare.

US public opinion, reflected through recent polls, do not suggest that the US President is popular with the American people.

They depict growing public disapproval of the actions and utterances of the current occupant of the White House.

Most Americans polled disagree completely with the President over his inability to unite the country, and what they see as his lack of compassion, especially over the death of George Floyd, an unarmed African American who was killed by police in Minnesota.

Gregg Abott, Republican Governor of the State of Texas, Monday described the killing of George Floyd who grew in Texas as bizarre, saying the action of the Minnesota Police Department was unjustified.

Retired Generals in the US Army, including those who have served in Trump’s administration, have taken turns to criticize the President lately.

General Powell, a Republican and former Chairman, Joint Chiefs of Staff who was highly critical of Trump remarked, “We have a constitution and the president has drifted away from it.”

Powell said Trump did not appear to understand the dynamics of American foreign policy, America’s intricate  relationship with her allies, and the weighty issue of managing the multi-ethnic country.

Accordingly, Powell declared publicly that he would cast his vote for Vice President Joe Bidden, whose reaction since America entered a new phase, has been widely acknowledged.

General Martis accused President Trump of being the only US President without any interest in unifying the country.

Trump hasn’t been heard since matters spurn out of control, but the kite flown by officials in the White House which suggests that the President might address the nation is beginning to attract attention in the press.

Coronavirus: Use of new ‘game changer’ underway in the US as Trump accuses China

Pressure mounts: Trump may be yanked off air

US interests under attack in Iraq

Facts About Rivers State; Why Wike Is Jittery