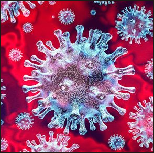 There are strong indications that members of the family of the lady who is credited with importing the index case into Rivers State may have tested negative to the Coronavirus.
The Port Harcourt Telegraph has learnt through dependable sources that samples required for tests were obtained from family members.

We understand at this time that health officials who are working round the clock to contain the spread of the virus are satisfied after conducting tests that family members of the first victim to test positive in Rivers do not appear to have symptoms of the virus.

This must be good news, not just for government officials in Rivers State who are implementing various containment strategies, but also for the people of the State who are locked down in their homes as the fight against the virus goes on.

So far, there has been no official reaction to this effect by the Rivers State Government.

Meanwhile, many in Rivers State and across the country are turning to the use of a potpourri of herbs, prepared as local concoctions.

Known as “agbo”, such concoctions have been used in traditional African society for the treatment of serious ailments.

Others are mixing herbs in distilled local gin known as “kaikai” and consuming same, especially in the villages, as a first step measure towards staying safe from the virus.

Okorocha, Uzodinnma in battle of wit