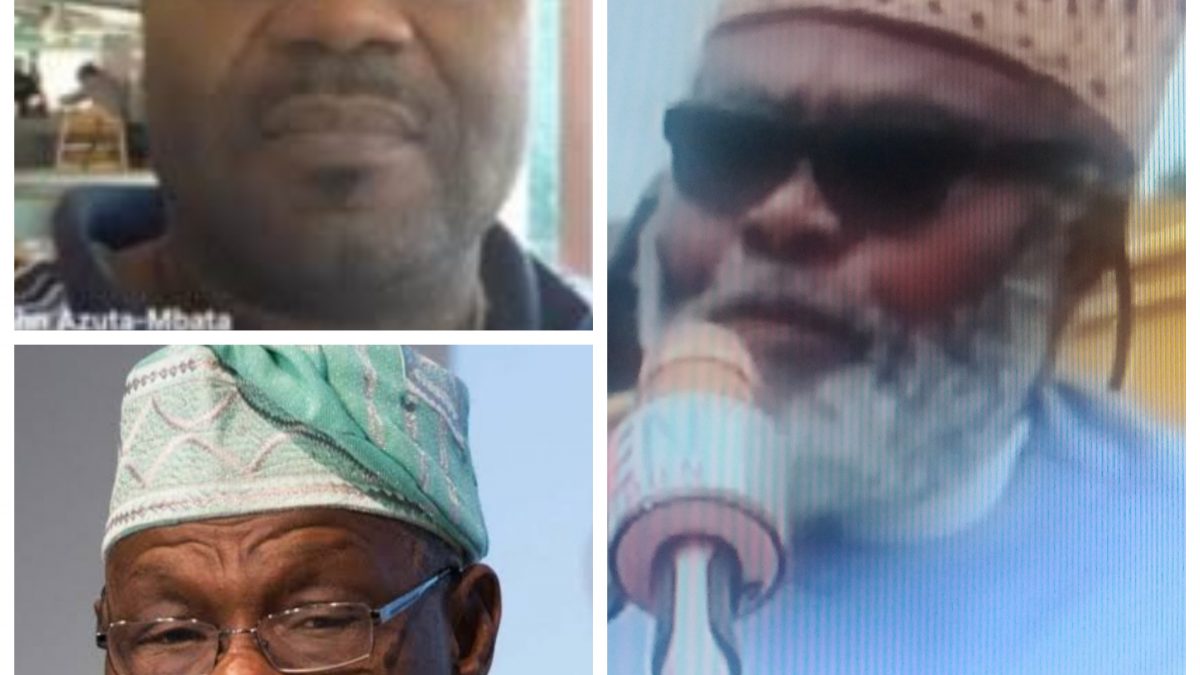 For several years, Senator John Azuta Mbata, elected on the platform of the Peoples Democratic Party, PDP, to represent the Rivers East Senatorial District has borne an unwholesome burden.

At last, the cat has been let out of the bag, and Mbata who was accused of wrongdoing by a former President, Chief Olusegun Obasanjo, has been exonerated.

“He (Mbata) suffered because of me”, ex President of the Senate, Senator Adolphus Wagbara said in Rivers State on Wednesday.

Wagbara’s remark that Mbata was innocent of the allegation made against him by President Obasanjo came as a complete surprise.

Mbata had attended the flag off of the land reclamation project in the Akuku Toru Local Government Area.

One of the guests, obviously a close associate of the former Senator who claims to have taken a side look as the former Senate President spoke about him told the Telegraph, “I could see from his expression that John was not expecting Wagbara to travel that route.”

“As an individual, I felt elated. The truth had come after so many years. John had suffered in silence after he was wrongly accused of an offence he did not commit and called names in the press.

“You know how your colleagues in the press act. They just went after the man and tore him to shreds. It didn’t matter that the Senator raced to court to prove his innocence”, the source noted.

Read Also  Breaking news: Part of Abia may be ceded to Rivers

Mbata had indeed gone to court to seek justice. But it was a waste of time. His accusers who were tied to powerful forces in the Obasanjo era simply stayed away. As a result, the matter was eventually struck out.

The ex President continues to deny his involvement in the third tenure project.

There is however evidence that Senator Wagbara’s travail began with his refusal to play along with the execution of the third term project.

Wagbara had made the mistake of cautioning Obasanjo about the plot, warning him the ploy would fail.

It failed eventually but not without dire consequences for the former President of the Senate. Others like John Azuta Mbata who were strong allies of Wagbara and refused to go along with the plan were roped in and smeared.

Mbata who did not return to the Senate has since withdrawn from active politics to oversea his business.

Several years after, the Rivers people as well as other Nigerians now have the opportunity to hear how an innocent man was framed by a former Nigerian President and the apostles of the inglorious campaign to undermine the constitution in order to pursue a third term agenda.

As things are, Mbata would be thanking his stars that Governor Nyesom Wike invited Adolphus Wagbara over to perform the official flag off of the reclamation project in the Akuku Toru Local Government Area.

Read Also  Breaking news: Part of Abia may be ceded to Rivers

According to a source who spoke with Mbata Wednesday night, “Mbata was very relieved. He told me he was happy about the development.”

Breaking news: Part of Abia may be ceded to Rivers

We are opposed to 4th flyover bridge in Port Harcourt – APC

Out of court settlement: Lawyer berates police by Elyger Agwu

Facts About Rivers State; Why Wike Is Jittery