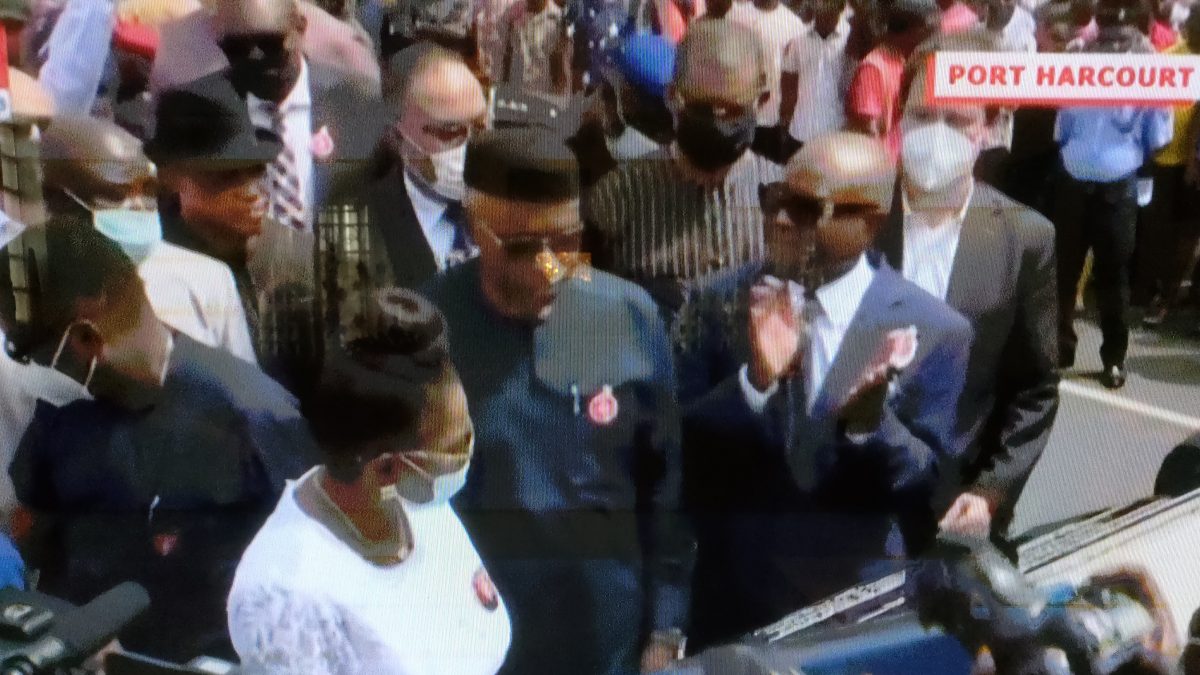 Wike challenges APC to a duel

Governor Nyesom Wike Thursday urged the leadership of the All Progressives Congress to bring it on.

The Governor threw the challenge while speaking at the official commissioning of the Rumuola Flyover in Port Harcourt.

Wike said that the APC had in the past spoken disparagingly about the efforts of his administration to develop the State.

He challenged the APC to a duel, saying the APC which has no base in the State should step into the ring if it has the liver.

Wike noted that the quality of projects and the timeous delivery of same have shut the lips of those who have engaged in needless criticisms.

He referred to allusions that the Rivers State Government had borrowed to finance projects, saying that the delivery of promises made was clear evidence of what the said funds are being used to achieve.

He said while the Rumuola and GRA flyovers are being commissioned under this phase the rest would be ready for commissioning in the first quarter of next year. 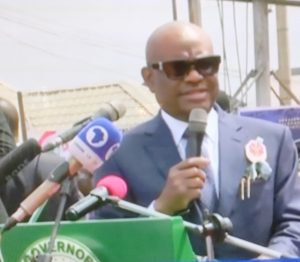 Lauding Julius Berger for doing a good job, the Governor acknowledged that there have been disagreements between his administration and the company over the cost of the 10th flyover.

But he was optimistic that a reduction of the cost by Julius Berger would pave the way for the construction of the 10th flyover.

Wike who thanked the people for their understanding said it was a sacrifice that they had to make to allow for great transformational changes.

The Governor warned those in the habit of stealing metal covers used to gag drains on roads.

Warning he didn’t care where they come from, they would pay the price for such theft. He assured that they would meet their Waterloo if they ignored words of caution.

Olusegun Mimiko, a former State Governor, who commissioned the project said Wike’s swag was that of a performer, noting that his deeds in office were louder than words.

He said that Wike could not have achieved so much without peace and security, stressing there were parts of the country where people would not dare to attend functions.

Mimiko stated that Wike’s performance which matched the sobriquet ‘Mr. Project” reflected the love he has for the Rivers people.

Tinubu pins his tail in Rivers

Umahi on zoning: No need to blackmail the North if…

Update: One shot as Trouble escalates in APC