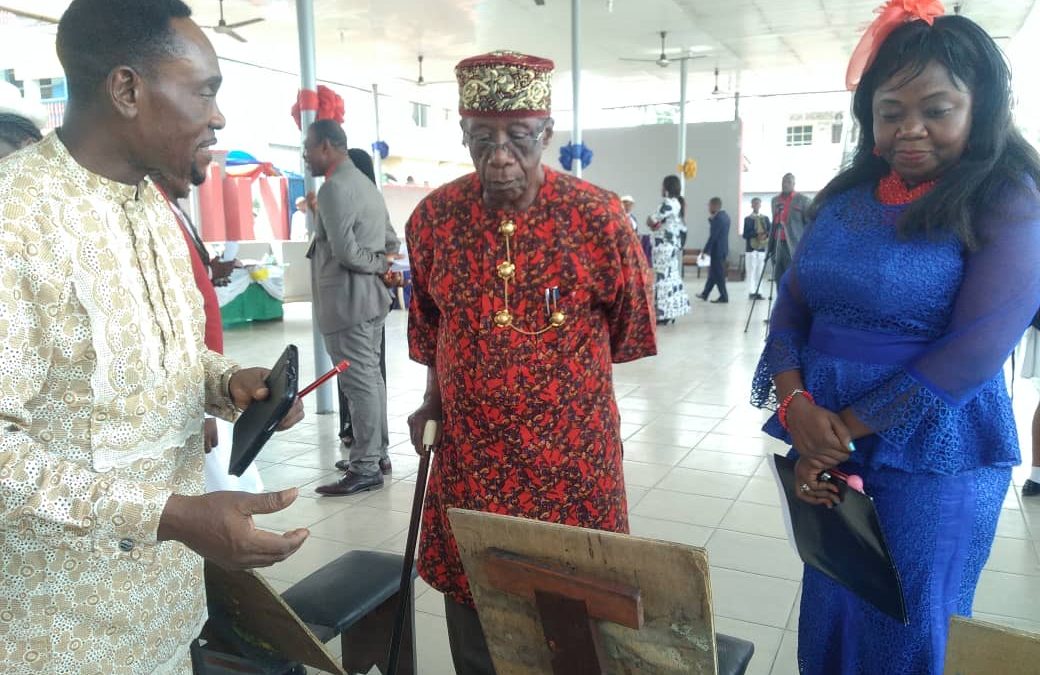 The Managing Director of Archdeacon Brown Education Centre, ABEC, Dame Christie Toby says the school will continue to raise quality leaders who would become good ambassadors of the country.
Speaking at the 20th anniversary of the school held at the premises of the college at Woji, Rivers State, Dame Toby said the school has improved the quality of education since its inception. She also said the students have been taught the rudiments of education, explaining that it was for that reason that they are excelling in different parts of the world.
“I believe with the right moral education, the children can go places and at any length. I want to let you know that Archdeacon Brown Education Centre is a mini-Nigeria because of our culture in the school”, she said.
The MD said parents from other parts of the country normally sent their child/wards to the school due to its high academic standards, stressing that the school would never compromise its quality of instruction.
Dame Toby described the students of Archdeacon Brown Education Centre the youngsters as educated, humble and respectful who are encouraged to have the fear of God.
Also speaking, the Head Mistress of  Archdeacon Brown Education Centre, ABEC, Nursery and Primary School, Mrs Glory Iheanacho explained that in the last 20 years, ABEC nursery and primary school has continued to extend the frontiers of knowledge, maintaining that evolving a great learning environment anchored on a passion to raise generation that is rich in both knowledge and sound Christian principles, have remained the cornerstone ABEC’s contribution to the educational enhancement of students.
Mrs Iheanacho observed that the success story of the school has been  astonishing in every field, explaining that the institution has also given birth to ABEC Secondary School, Mary Virginia Nursery and Primary school, Christine Toby Inclusive Education Nursery, Primary and Secondary school as well as the Advanced Level Centre and ABEC Day Secondary School.
Mrs Iheanacho emphasized the need for the teachers to nurture and cultivate intellectual and cultural diversity, promote access and create programmes that extend across the science, arts, computer studies and languages.
In his contribution, the Chairman of the occasion, Dr Okoro Victor lauded the school for what it has achieved in the last 20 years, and urged the students to work in synergy with teachers in order for them to excel in all ramifications. He urged the students to study very hard, avoid  unfriendly attitudes and shun all social vices.
In his speech, the chairman of Archdeacon Brown Education Centre, ABEC, Sir Gabriel Toby described the teachers in the school as wonderful and experienced persons who know their onus; who have exhibited their learning culture and impacted on the students.
The chairman also charged them to have confidence in themselves and follow the footstep of those who have graduated from the school and become meaningful in the society.
Sir Toby opined that, the school will not derail in its quality of education but will continue to maintain the standard it has set since its inception.
Speaking as the Guest of Honour at the occasion, the Vice Chancellor of the Rivers State University, Professor Opuenebo Owei, represented by Professor of Animal Science, Professor Annie Amakiri described the school as one that has a good foundation. She said over the years, the school has translated into an institution to be reckoned, providing sound education to its students.
According to her, “The school has solid foundation and there is fear of God in the school. There is cultism in most schools and other social vices but at ABEC, the story is not the same because of the fear of God in the school. I urge management of the school to maintain that tempo and the standard which it has been known for. I also urge other schools to emulate the standard of the school in order to move forward.
Professor Amakiri commended the students of ABEC for being obedient to their teachers, reminding them of the need to be loyal and hardworking in their academic pursuit.
.

Coronavirus: Rivers climb up the ladder